When leaving Lithuania for a longer than 6-month period it is necessary for Lithuanian citizens, EU citizens and foreigners permanently living in Lithuania to declare the departure.

Departure may be declared:

Unfortunately, EU citizens and foreigners do not have this opportunity, and have to declare change of place of residence by personally coming to municipality office or Lithuanian Embassy (consular post).

If a person forgot to declare departure from Lithuania, "Sodra" starts to calculate compulsory medical insurance (PSD) contribution debt in Lithuania. Whenever the person returns to Lithuania, he is not entitled to free medical services until the accumulated debt has been paid off. If a person is living abroad and paying health insurance contributions in other EU/EEE country, it is necessary to submit an A1 certificate issued by another Member State of the EU,  P45 or P60 form issued by your employer.

It is important to mention that the permanent residence of underage children is considered to be the same as the permanent residence of their parents or guardians (caretakers). Therefore, if a minor who is citizen of Lithuania lives with you in a foreign country and his departure from Lithuania has not been declared, a separate declaration in his/her name has to be submitted. The declaration must be accompanied by a valid passport or ID card of the person applying for the application and for the minor. If an underage citizen of Lithuania stays in Lithuania, you will need to provide a written explanation of where the child lives and who takes care for him.

What should I do if I move out of Lithuania? Where can I declare my departure? 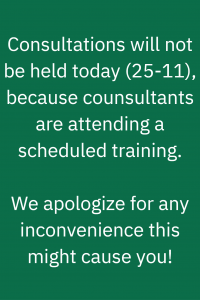