The theory test is taken first, and whenever it is passed the practical test follows.

Applicants for driving licenses may register for theory or practical tests online or by phone +370 700 55151. Both the theory and practice tests can be passed in any "Regitra" subdivision, irrespective of the declared place of residence.

The theory test can be taken in Lithuanian, English or Russian languages. The test is taken using a computer program.

To take a theory test, applicants for driving licenses must produce the following documents:

After you pass the theory test you can register for the practical one (it needs to be passed within one year after passing the theory part). During the practical test, if you don't speak Lithuanian, you need to have an interpreter.

After passing the practical test, a driving license can be booked right away at any division of "Regitra". Driving licenses are made in a couple of days and delivered directly to your home, to self-service parcel terminals or to any branch of "Regitra".

Road traffic rules in Lithuania are hardly different from the rules of most European countries. They are available here: keliueismotaisykles.pdf.

Who can take a driving exam in Lithuania? Which documents I need to provide? 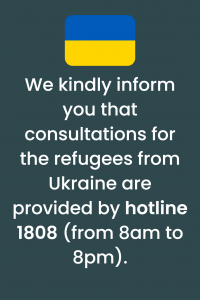