Since 1990 the number of residents living in Lithuania has dropped by 899,5 thousand people, which constitutes about 24 percent of the entire population. Out of the aforementioned number, 189 thousand can be referred to natural causes (birth/death rate), but the vast majority (710 thousand) is due to emigration. Even though in and of itself emigration is not a negative phenomenon, the immense emigration and unproportionally low immigration rates present an array of challenges in Lithuania: the demographic structure is changing (i.e. the population is ageing), the country is starting to lack workforce, brain drain is occurring.

Emigrants by age. In 2018, more than 74 percent of emigrants were aged between 15 – 44. This age group only makes up about 36 percent of the entire Lithuanian population. In the long run, as the number of young people is decreasing due to emigration, this causes serious demographic problems – diminishing number of marriages, decreasing birth rate, lack of workforce. A shrinking proportion of working people have to support a growing number of the unemployed.

A reverse trend is being observed when comparing the number of older emigrants and the number of Lithuania’s residents. People that are 65 or older only comprise about 1.5 percent of the total emigration flow, despite making up about 20 percent of the entire population.

Where do Lithuanians go? For several years the main destination for Lithuanian migrants has been the United Kingdom (on average 38 percent of people who decide to leave choose this country). Other destinations include Norway, Ireland, Germany, etc.

Which countries are Lithuanians returning from? Return migration is defined as return of Lithuanian citizens who have been living abroad. In 2018, almost a half (46 percent) of the returning migrants came back from the United Kingdom. Considerable amount (about 26 percent) of people also returned from Norway, Ireland and Germany.

Where do Lithuanians emigrate? What is the average age of emigrants? What are the immigration numbers? 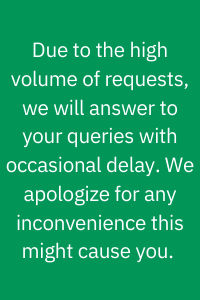